Rabbit Hole hereby summons a conclave, to have its profane and holy event in Rua das Gaivotas6 in Lisbon. An installation and performance event, which brings together 8 projects from different artists of the collective.

Performer, poet, an incursor in the pitgo arts and live architecture. Presents “golden rain” – an installation in continuous deconstruction or construction. Installation to be punctually inhabited by improvised readings from the integral writings of Jóia. 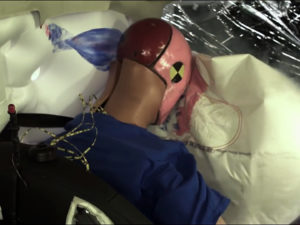 Dissolving our bodies in the flow of all other matters is a familiar impulse. The fear of letting ourselves be assimilated is the fear of losing ourselves in an apocalypse.

In a time of boredom, where is fun? In a time of productive action, when to stop? In the overload of information, what affects?

www.we want waffles #1 is a research project and a performance series working within the perception mechanisms and the issues affecting us in the digital era. To do so we explore digital tools to compose a multi-layered choreography, to communicate between each other and to generate actions. Through creating playful and melancholic journeys we shift the perception of the world to a laptop screen and we (re)discover our own voice.

In www.we want waffles #1.2 the performer seems to be absent. There is only the internet and an omniscient narrator of images, sometimes lost in the description of cities by night around the world, sometimes struggling to cope with some online loneliness. By embodying a drone spirit, we propose a virtual tour around the world that may be stopped anytime to engage into some meaningful interaction with the visitors. Take your time. This is a video installation-performance that should last between five minutes and one thousand and fifty-five minutes. 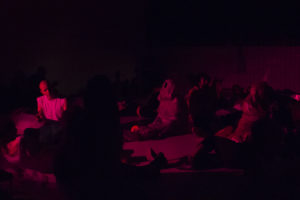 This wormhole is a an ongoing project bringing together a mixture of videos, plastic toys and a worm who navigates through space and time spreading bits and pieces of a broken performance. It began with an intestine inhabited by pinworms and developed into a practice of parasiting the interstices of performative locations and gatherings where the worm invites itself into. 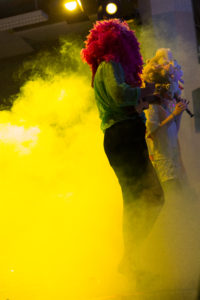 ENDLAND is a space with boundaries. A playground cage. Endland is a wild world where nothing happens. It is an in-between place: You have left somewhere, but you have not arrived anywhere yet. Endland was meant to be a party, but nobody is having fun.

“ENDLAND” is a visual theatre piece for three performers and a RC car. Without using any text, “Endland” explores a strong visual and colourful imaginary, proposing an absurd and surrealistic environment. Through the ridiculous and the seriously absurd, three creatures will try to find their direction and to create their own party in an empty, but still chaotic, cage. The performers will be wearing costumes that will enhance the non-human, and the relationship of these creatures with the space and with the objects they are given. 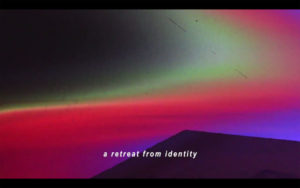 ◣I  THOUGHT I KNEW IT, BUT AFTER ALL I DON’T…◥ 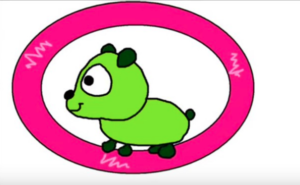 It’s like u know like when u lose ur phone card and u catch urself thinking that u are actually more chilled like that but then people around u get all stressed and u don’t even know if u are necessary or if this means it is irresponsible if you want to do a nap for 24 hours. Alright, u r between 2 jobs and u r more or less responsible 4 a cat and a half… but FUCK… I want 2 go for a run without having a schedule 2 be somewhere without even knowing.

Anyway, it is also like being chill with stuff u left undone, and u can’t thankfully be independent… it’s like depression sunnyside, or maybe also dark side, but not with a lot of pression.

This project is presented within Young Emerging Performers, a result of the partnership between Rua das Gaivotas 6 and Espaço do Tempo.