TRIPLE BILL is the bill that god made, it’s the triangle of reunification, it’s the three sad tigers, but let’s reveal all, confess, fictionalise.

Triple Bill. Triple Money (not really). Triple Fun (absolutely). Triple Labor (definitely). We passed 27, we didn’t die. We reached 30, survived the return of Saturn, and kept going. In 2020 it will be seven years since Rabbit Hole started, with meetings, at Rua das Gaivotas 6 – it was still raining inside. There are studies that say that the human body takes seven years to recycle its cells. What about studies on the cellular recycling of a space, ideas, anyone? Anyway, seven years have passed. And we are the same but not. Same same but different.

And so, regardless of the veracity of the studies mentioned above, Triple Bill is a 3, created by 3 elements of Rabbit Hole that have been inhabiting Rua das Gaivotas 6 for the past 7 years. For 3 weeks we have a pink card for shows, installations, film cycles, parties, concerts, conversations, drinks and meetings. A dense, fractal, multiple program that you can check below. Read on.

*TRIPLE BILL WAS A TRIAD THAT BEGAN TO BE DESIGNED BY 3 IN 2019, AT THE INVITATION OF PEDRO BARREIRO FOR A THREE-WEEK OCCUPATION AT RUA DAS GAIVOTAS 6. IT WILL DEBUT IN LISBON AS A TRANSDISCIPLINARY PERFORMATIVE EVENT IN DECEMBER 2021 AFTER SUCCESSIVE CANCELLATIONS. THIS TIME DESIGNED BY 2. 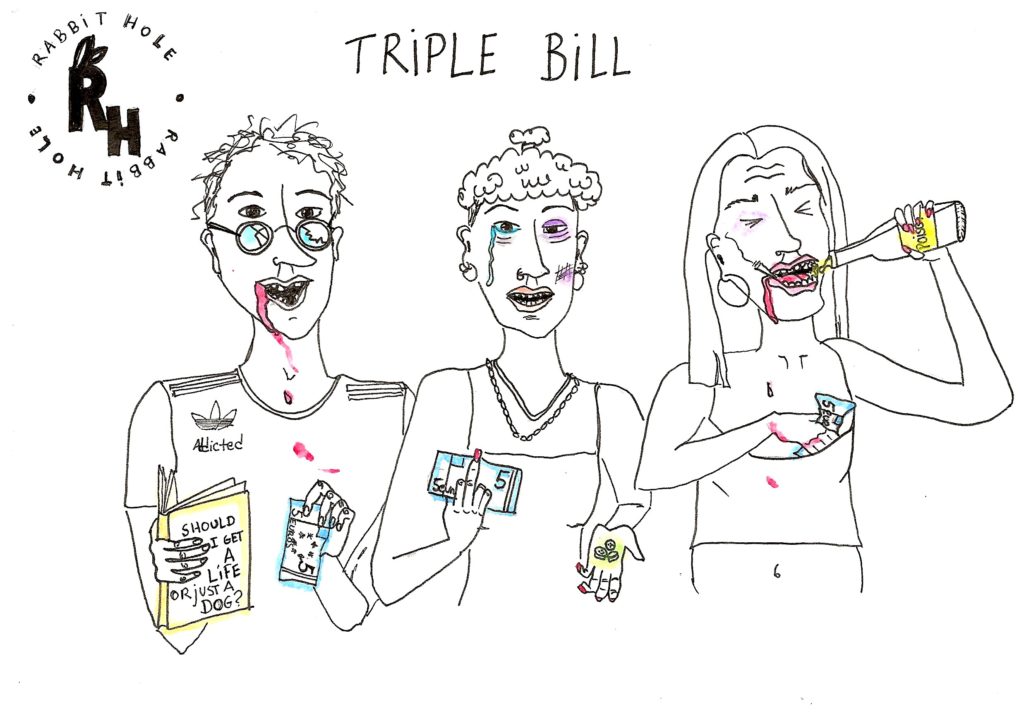 (double night: inverts the order on the second day) 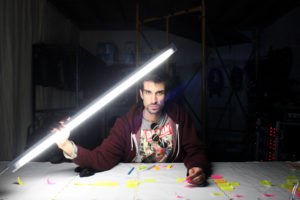